This is a train of closely-spaced Starlink satellites moving to the east over the moonlit landscape of Dinosaur Provincial Park, Alberta.

This was on May 15, 2021 at 11:38 p.m. MDT. This group of satellites had been launched from Cape Canaveral earlier that day, at 4:56 p.m. MDT, so less than 7 hours earlier. They were very bright, as shown here, and they appeared as a line or streak in the sky, much as seen here, though the 15-second exposure has turned the array into an even longer streak. It was a remarkable sight, to see a satellite (or satellites in this case) appear not as a star but as a line. To the eye, you could not see them resolved into dots. They are here moving through Lyra below the star Vega.

This launch included 52 Starlinks and two other "piggybacked" satellites: the Capella radar satellite, and the NOAA Tyvak-0130 remote sensing satellite. This was the 28th Starlink launch, but is called Starlink 27.

This is a single 15-second exposure at ISO 3200 with the Canon R6 and 24mm Sigma Art lens adapted to the R6 and at f/2. Light from the setting waxing crescent Moon provided the illumination. High haze added the star glows. 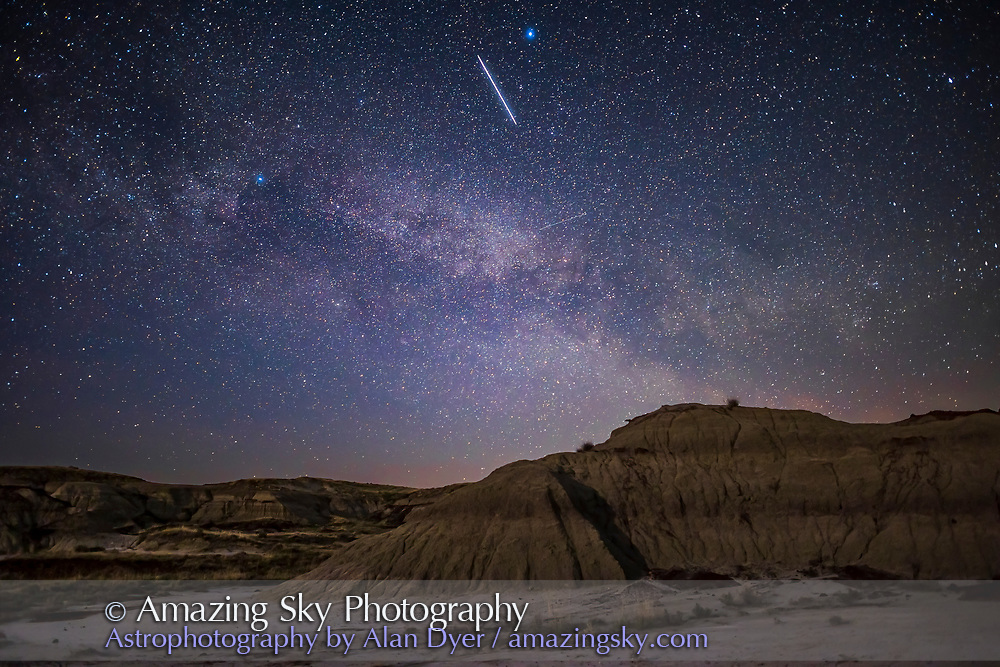